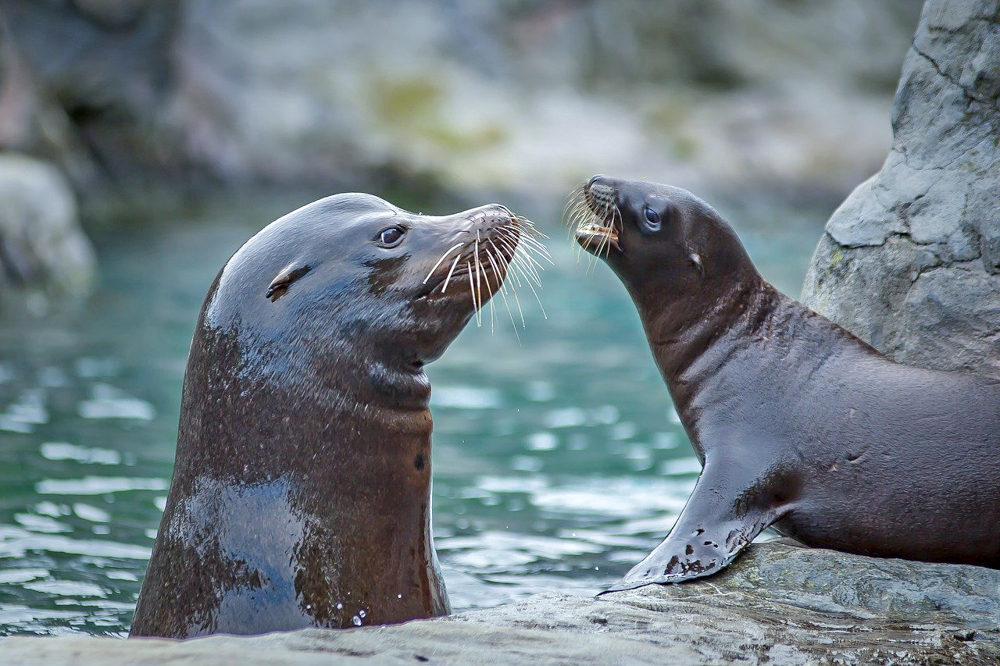 Diving and snorkeling with sea lions is on the bucket list of many nature lovers.We would love to tell you how to find out all you need to know about encountering and interacting with these energetic animals in Baja California.

Are you looking for the best place to diving with the sea lion in Baja California Mexico ? Here is our top 3 at Cabo Private Guide.

Where to Dive with Sea Lions in Mexico?

Here in the Cabo San Lucas Bay, we can see sea lions almost every day between November and April! We enjoy finding them around the popular dive sites of “Pelican Rock” or “Lands End”, where we can also see Mobula rays during the winter months. While diving in Cabo though can we see them hunting the sardine bait balls, which is truly mesmerizing and looks like an incredible ballet on stage. The best time to see the bait ball in Cabo is at Neptune’s Finger or Land’s End from late November – January. 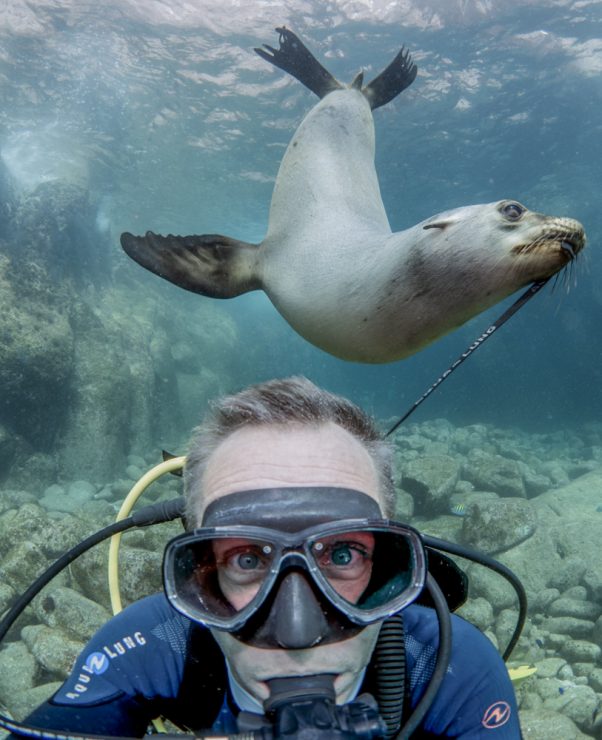 Season : May to August

Los Islotes sea lion colony and the ‘overspill colony’ of San Rafaelito are considered one of the largest populations of California sea lions in the Baja Sur area; these rocky dwellings also happen to be part of a UNESCO World Heritage marine protected area.

Diving with sea lions is an amazing adventure here in La Paz, and it can be easily combined with a whale shark tour in the same day! But it’s good to know that swimming near the colony is not allowed during their mating season (June 1 – August 31) but you can dive and snorkel with playful adults and pups from September to May. 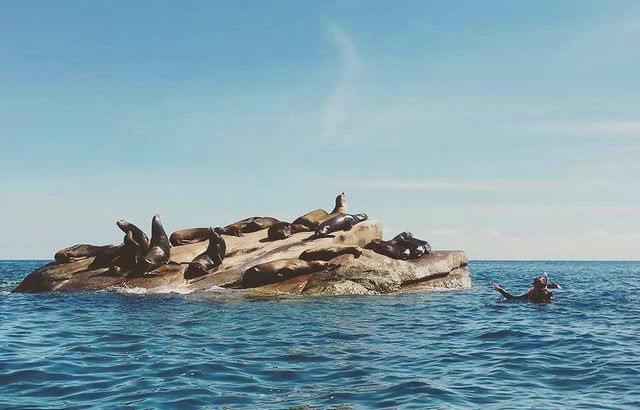 Cabo Pulmo National Park is a unique and popular diving area famous for the presence of large bull sharks during most months of the year.

When diving in Cabo Pulmo due to the efficient rules of the park, you would be able to jump in with them as the only group of divers at a specific allotted time. Although not as playful as the seal in Cabo San Lucas or La Paz, sea lions have been known to hang around and blow bubbles with snorkelers and pose for a photo!

This natural protected area is thriving with sea life and an incredible biodiversity in terms of both flora and fauna, with spectacular coral formations. During the hurricane season, local sea lions migrate to the bay of La Paz to find shelter and go on with their fun-filled lives. Do not miss the chance of combining bull sharks dive and sea lions in one single excursion!

Swimming with Sea Lions in Cabo San Lucas is an experience not to be missed !

Why should I swim with Sea Lions? : For snorkelers and scuba divers, swimming with sea lions is an incredibly rewarding and memorable experience that only a few areas in the world can offer. Here at Cabo Private Guide, we are lucky to have a few special places, where you can snorkel or scuba dive with seal while also enjoying some of Baja’s other wildlife superstars such as Humpback whales, sharks, whale sharks and mobula rays.

Sea Lions are extremely playful and interactive, they will come face to face with you in the ocean and they like to approach and check out the divers. When they come close to you, enjoy the show: you will see them imitating your moves and blowing bubbles just like you do while scuba diving. An incredible moment in a divers’ life is definitely seeing them hunting huge schools of sardines!

While they are quite clumsy and slow on land and where they lazily lay on the beach or on rocks, they can swim very fast in the ocean (up to a whopping 25 mph!) and pups can be particularly friendly and funny to watch: they will even come and nibble on your fins or wetsuit !

Wish to swim with sea lions ?

Look at our Snorkeling & Diving rates and info 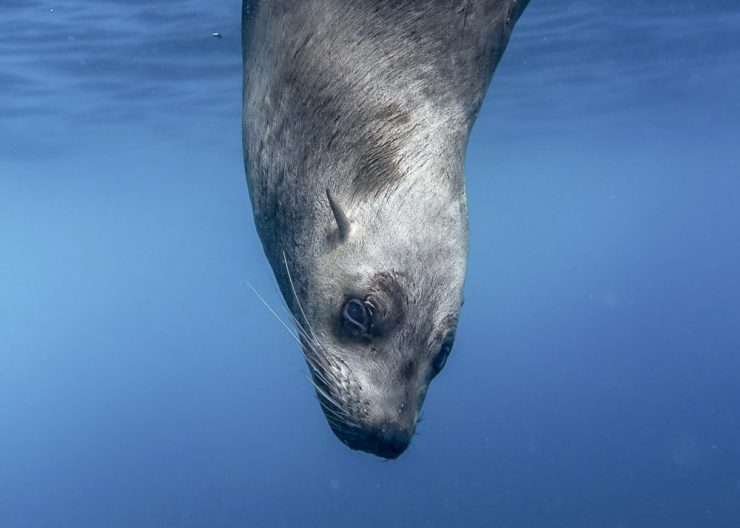 The California sea lion is one of six remaining species of sea lion belonging to the Otariidae Family also called eared seals :

Sea lions are mammals belonging to the family Otariide together with fur seals. They are pinnipeds characterized by elongated arms, external ear flaps and the capability of walking on four legs.

The California Sea Lions have a light to chocolate brown coloration and a marked sexual dimorphism – males are much bigger than females and display a very distinctive sagittal crest.

The Californian Sea Lion is native to the western North American continent, it can be found anywhere between south Alaska to central Mexico, and its highest concentration is in the Gulf of California.

Fun fact: They don’t really chew or break their food, but mainly swallow it whole. 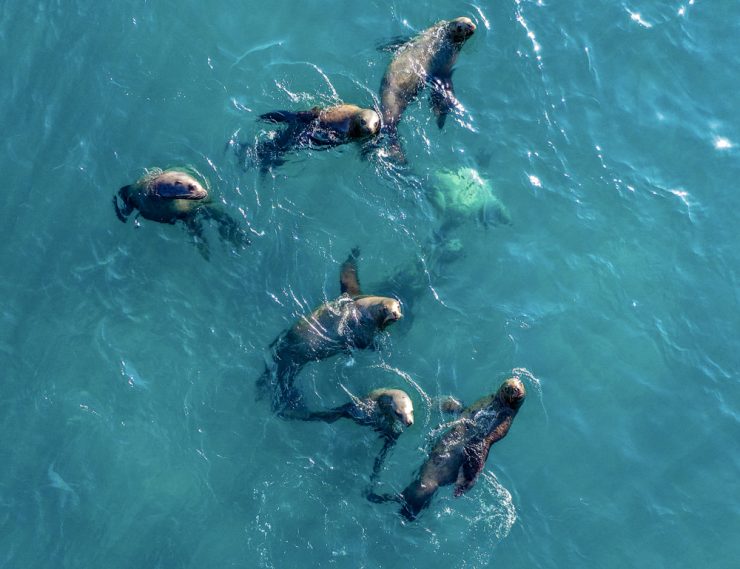 These animals are extremely social and gregarious. They can be found in large numbers, gathering around on beaches or rocks, and they really seem to enjoy physical contact with each other.

They also are among the most vocal of all mammals, and they bark literally non-stop during the breeding season, when females initiate sexual interaction about 3 weeks after delivering their pups. Gestation lasts 11 months, pups are nursed for about 6 months and they learn to be on their own at a pretty young age.

You want to know more about the Baja California marine life, keep reading our following posts : 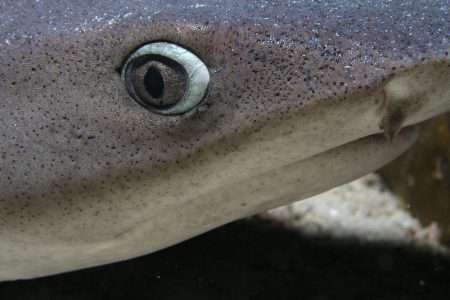 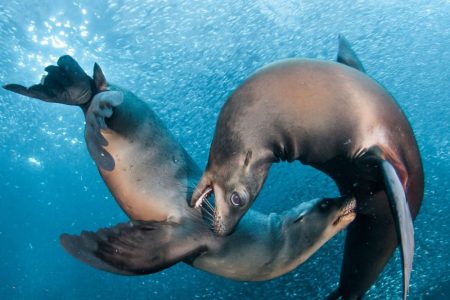 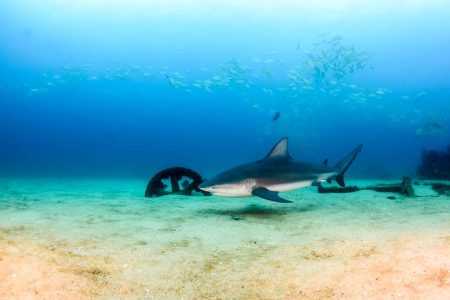